The “unknown land” of Asia – India.

Religion and the Indian way of life.

Customs in India – the practice of self-immolation by fire.

The role of muslims in India’s life.

The “unknown lands” of Asia and Africa have fascinated Westerners for centuries. The Orient, with her silks and her unique cultures, has attracted travelers since early days. Despite the contacts, between Asia and Africa remained virtually unaffected by Western influences until the twentieth century. 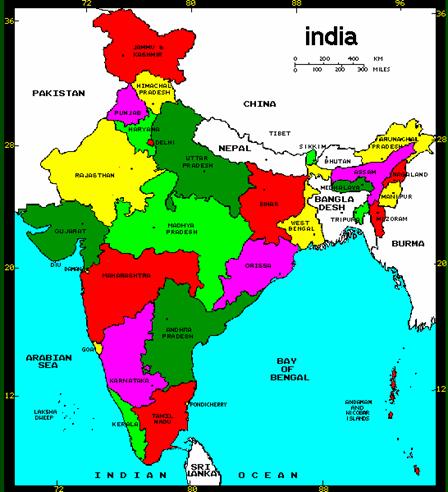 India is a land of great diversity, in its topography (the physical features of a land), climate, and population, it is a study in contrasts. This triangular subcontinent extends from southern Asia into the Indian Ocean, forming a giant Pennsylvania. It’s terrain varies from subtropical rain forest to barren deserts, from low coastal plains to the highest mountain range in the world, the Himalayas. Between the rugged mountain regions in the north and the coastal plains and tropical plateaus of the south lie fertile valleys watered by two great river systems, the Indus and the Ganges. Like the Mesopotamian and Egyptian cultures, the earliest Indian civilization began along riverbanks. The first inhabitants of India settled in river valleys along the Indus and Ganges rivers.

These people must have felt secure from invaders and foreign influences. They were protected by tall mountain ranges in the north and by seas on the east and west. But despite these natural barriers, India did not remain an isolated land.

Throughout her history, merchants, foreign invaders and Wandering tribes crossed the mountains along India’s northwestern border and settled in the fertile river valleys. As a result, India became a land of diverse elements. Within Indian Society, a unique culture developed.

India derives its name from the Indus River, along whose fertile banks the earliest Indian civilization flourished (ca 2300 BC). Much of our limited knowledge of this civilization has come from excavations of two of its leading cities: Mohenjo – Daro and Harappa. These carefully planned cities had wide, straight streets lined with brick houses. Evidence indicates that, these cities had elaborate drainage and sewer systems, which were more advanced than those in most, modern Indian Villages.

Although a great distance separates India and the Near East, the early inhabitants of India carried on trade with Egypt and Mesopotamia. From archeological evidence it is known that the Indus civilization ended suddenly – perhaps by flood on by enemy invasion. It was at this time that a warlike people called the Aryans migrated into the Indus Valley.

The Aryans were a fair-skinned people who came from central Asia sometime after 1500 BC and subdued the non Aryan people of northwest India. Many historians believe that the Aryans were related to tribes that were invading the Near East Greece and Rome about the same time. The Aryans were herdsmen; they kept large numbers of cows and horses. Although they left behind no cities as the Indus civilization did, they did establish a new language in India – Sanskrit.

Our knowledge of the Aryans and their influence on Indian society comes not from archaeology, but from a collection of religious literature known as the Vedas, meaning “knowledge”. Preserved in the Vedas are early traditions and religious beliefs of the Indians, which were passed down orally from one generation to the next. From Sanskrit literature, we gain insights into the Aryan way of life, which became the basis of Indian culture and tradition.